Several years ago following my husband’s layoff one week after 9/11,  I started collecting stories of intrepid entrepreneurs.  I focused on people who were able to spot opportunities and make something out of nothing, especially after a furlough or layoff. I’ll be sharing those stories in the next few blogs to help those of you who are currently experiencing layoffs.  I profiled some of these folks in my recently updated ebook, “Finding Your Niche Can Be a Real Bitch, but it Doesn’t Have to Be.” I posed five questions to each interviewee.

Captain Slim Cummings was a pilot for Pan Am and passed away a few years ago. Recently, I spoke with his widow Carmen Cummings and asked her what her husband did when he suspected he might be a victim of furlough or layoff. “It was in the early days of our marriage and Slim was flying DC-4s for a cargo airline and they didn’t have much business. He was worried about being furloughed, so he took a manager position with a 32-room motel in the Florida Keys, yet kept his airline job. He’d be gone ten days to two weeks at a time, so he told the motel owners that I’d be there to manage everything. I didn’t know what I was doing, but we made it work for awhile…until I became pregnant, ended up in the hospital for three months and then we were fired from the motel management job,” said Carmen Cummings. “Slim was very inventive, had foresight about what could happen, was always prepared and was really good at following through. When he was forced to retire at age 60 (mandatory retirement for pilots), he wasn’t ready to stop working and that’s when he created his ‘Fearful Flyer’ program for people afraid to fly,” said Carmen Cummings. Read about Capt. Cummings’ second career:

Excerpted from “Finding Your Niche Can Be a Real Bitch, but it Doesn’t Have to Be.”

1. You appear to have found your niche. Can you explain how you did it?

SC: I was a pilot for Pan Am and have 33 years of military and airline flying experience. I became concerned about the large number of people who were fearful about  flying.  With my experience as a pilot and with an educational background in psychology, I put together the Fearful Flying program.  My wife, Carmen Cummings, has a master’s degree in psychology and had a private practice and became associate director of the program.  Together we’ve counseled thousands of people on how to cope with flight fear.

I started the program for Pan Am and then after mandatory retirement forced me to quit flying at age 60, my Fearful Flying program became my second career.  In fact, one news reporter who interviewed me about the program said, “Maybe Captain Cummings has just begun to fly.”

2. Have you always had an entrepreneurial outlook? Can you discuss your upbringing or any other factors that have given you the ability to be on the lookout for opportunities?

SC: I was born in Iowa and both my father and grandfather were country doctors.  Maybe I was influenced by their desire to help people.  I joined the military and served overseas as a B-17 combat pilot and later flew medical evacuation transports.  I was then hired by Pan Am and seized on the opportunity to help people get over their fear of flying.

3. There’s a saying that goes something like: “Luck favors the prepared mind.”  Do you think this fits your situation?

SC: I think people make their own luck with a lot of hard work and determination.  There’s a certain amount of luck in being presented with opportunities, but you also have to have the mindset to recognize an opportunity when one comes your way.

4. What advice would you give someone who has not found his/her niche?

SC: I think this quote by Goethe says it best:  “Whatever you can do, or dream you can, begin it.  Boldness has genius, power and magic in it.”

5. What is your overriding philosophy of life or at least a guiding principle?

SC: My Fearful Flyer seminars are based on focusing on reality, “what is,” rather than “what if” and I have tried to live my life that way. 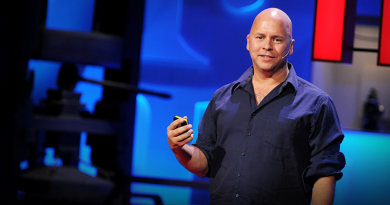 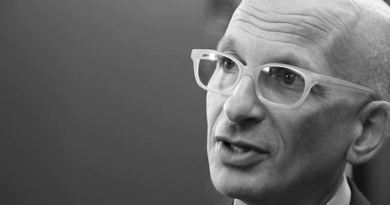 What Seth Godin Means When He Talks about “Shipping” 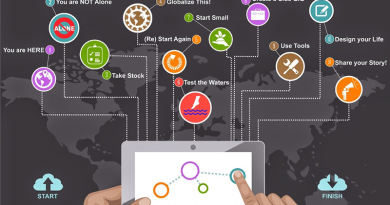